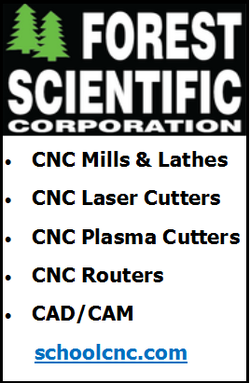 There are three major eras when looking back at how Technology has impacted our society.  In the time of early humans we were in the Agricultural Era, a time when most people worked as farmers and harvesters in order to survive.  As time went on people started to work smarter instead of harder.  They invented tools and machines to assist them with their work on the fields making them more efficient and more profitable.  At this time two things started to happen. The first was the farmers wanted to purchase machines and equipment for their farms. Secondly once the farmer acquired this equipment they didn't need as many employees as the equipment was replacing the workers.  As the need for tools and machines increased jobs started to shift from the Agricultural Era to the Industrial Era.


The Industrial era was time that people worked in factories producing steel, tools, machines, and many other goods for the economy. People also started to move into towns and cities to be closer to work. Remember traveling back then was more difficult then it is today. In comparison to the Agricultural Era the Industrial Era was rather short lived. This can be attributed to the fierce competition to create better products at cheaper prices to obtain sales. Owners and managers seeked ways to increase their profits, the same as the farmers did. Again people started to work smarter not harder. Owners and managers of industries saw an opportunity  to reduce their workforce and increase their profits by coupling new inventions such as computers and machines together. Computerized machines had many benefits over human controlled machines, like no sick days, vacations, and computerized machines could work 24 hours a day 7 days a week. Once again another Technological shift was underway. As the jobs in industry started to disappear because of computers replacing humans a need for workers in the computer field grew. This marks the beginning of the Informational Era.

The Informational Era is still going on today, jobs such as software engineers, computer technicians  web designers, information specialist and other similar jobs make up a large portion of today's workforce.  With the recent rise of smart phones and cloud-based computing the Informational Era is evolving at an exponential rate. Preparing for technical careers can be challenging as a portion of what learned while attending a technical school will be outdated by the time that individual actually gets to work force.


Below is a learning game to help you understand the technical eras and how they shifted.

Technical Eras and their Occupations

1. What is the correct order of the three technological eras?


2. Has Technology sped up or slowed down over time?


3. Are all the above occupations still around today?


5. What drove the shifts from one era to the next?